This morning, Scarlett and I were watching Teletubbies, as it was early in the morning I thought perhaps I’d accidentally woken up in 1995 which is the last time I remember watching Teletubbies with my little brother. But it seems the bear/children/robot hybrids are back, and saying ‘eh oh’! (You’d have thought they they may have learnt a few more words in the years since their absence..!)

It got me thinking of other things I’d enjoy seeing back so while I procrastinate slightly further (I’m sitting, coffee in hand with a growing mountain of work with colleagues due round very soon so I feel it’s high time for an unnecessarily compiled list!) see below for my little journey back to the nostalgic 90’s! 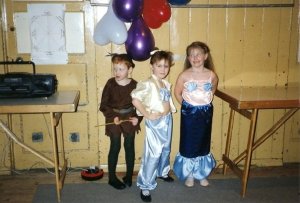 I realise a lot of these aren’t 90’s specific and in fact some of them are more 80’s and even before that. Nostalgia is a funny thing. Statistics show that we are generally speaking all in better living conditions, living healthier, with safer streets and a much fairer way of living (UK anyway) and yet it doesn’t matter which generation you come from, you will look back on your own as the best. It’s because we all get to adulthood and think ‘what the hell is this?!’ Your memories are skewed with those glorious rose tinted glasses of childhood! So although I like to stay realistic and accept that some of the food, programmes and traits of my childhood were significantly worse than the opportunities and options for Scarlett’s generation. It’s every former child’s right to sometimes wrap themselves in a warm blanket of youth, and pretend that frankly, life now is nothing compared to ‘back in our day’!